Since 2003, Next Actor Films, a SAG-AFTRA signatory company, founded by Houston-based filmmakers and producers San Banarje and Trisha Ray, has been training on-camera acting to students of all ages, in order to make them a superior performer in front of the camera and learn the difference of film and stage. It is the only Studio in Texas that teaches Stanislavski Method Acting to adults and teens of different levels.

The focus of our studio is to support and develop a core group of dedicated and passionate actors for screen who are able to work in our in-house productions as well as outside as a professional.
Our teachers are working actors, editors, filmmakers and producers with years of training and experience with both on and behind the camera.

Several Next Actor Students have started their acting career by being cast in our shorts and features, that have opened in international film festivals such as Cannes, SXSW, Sundance and National platforms like the Museum of Modern Arts (Moma) and released worldwide via Amazon Prime and Netflix.

On-Camera Acting Classes are held for kids, teens and adults at our serene West University/Rice Village location in Houston. Beginners and Professional actors can choose from different levels listed below for adults and matured/experienced teen actors. Contact us via email or phone if you are not sure about the level that's correct for you.

NON BEGINNERS : Students learn to go up a level and tackle scripts with dialogues and emotions, work with monologues and demo, understand the director on set and during audition, understand blocking, make choices as a character, and start applying the Method to their work.

INTENSE : Students work with Intense materials, using their instincts and intuitions. This class is highly advanced and cater mostly to professional actors. Students must send a reel to get approved before signing up.

IMPROVISATION AND SCENES :  Students get a 5-week workshop with character improvisation for drama and comedy. 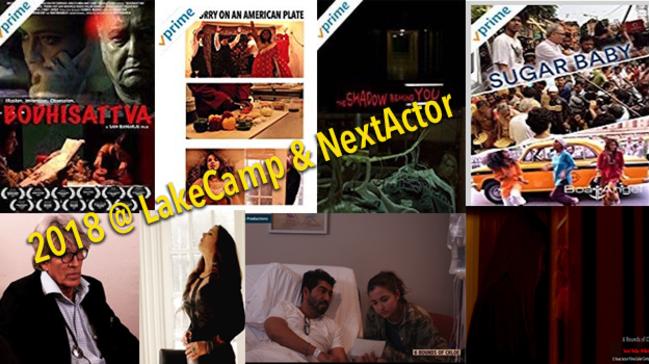 A monologue performed in class by Shane Dorman.

Alum ZAK TOMIK details his experience getting cast in his debut feature within a few weeks of starting acting classes at Next Actor Studio and traveling to India with fellow cast and crew to shoot the film on location. The film SUGARBABY is now on Amazon Prime.

Next Actor Alum and MMA Champion SAM HOGER (Alaskan Assassin) with the legend ROBERT DE NIRO on the set of a feature film, shot in Louisiana. 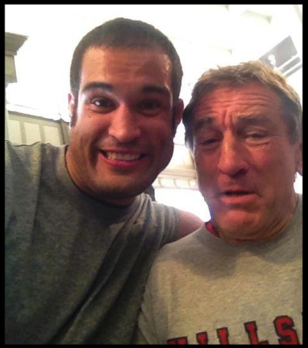 2018 has been a fascinating year at Next Actor Studio, with several films releasing on Amazon Prime and our much-awaited feature 6 Rounds of Chloe being produced with stars like Eric Roberts and Kamala Lopez in Houston

"The best actors instinctively feel out what the other actors need, and they just accommodate it." - Christopher Nolan

We DO NOT accept registration at the premise on the day of the class.  Please register before session starts in order to receive confirmation and get your name on teachers' list.